Many of the babies I photograph enjoy this curled up pose, on their tummy. I often find my newborns relaxing into a nice, deep sleep with in the "taco pose". Of course, a small percentage of babies don't enjoy this pose, so for that reason it is not the pose I typically use start off a session. I like to spend a little time with a simple on the back in a wrap pose to get to know the baby's flexibility and comfort with poses. Baby is the boss for all my sessions and I pay close attention to how they like to be positioned, and never attempt a pose I don't think the baby enjoys.

It's obvious where the name comes from! This pose is gentling folding baby in half like a taco! In case you're wondering, I am not responsible for this name: it's been an established term among newborn photographers long before I ever picked up a DSLR. It's not completely accurate since the baby isn't literally folded in two. This would have to be a soft taco, not crunchy.

Cupping baby's bum, I bring her legs under her belly as she rests her head on her hands. I love to see each finger stretched out when possible. Some newborns are adamant about maintaining a fist but I normally succeed in relaxing those sweet little fingers. I also aim to have one foot visible and resting against baby's elbow, but again, if baby is determined to have his foot where he wants it, he gets his way. 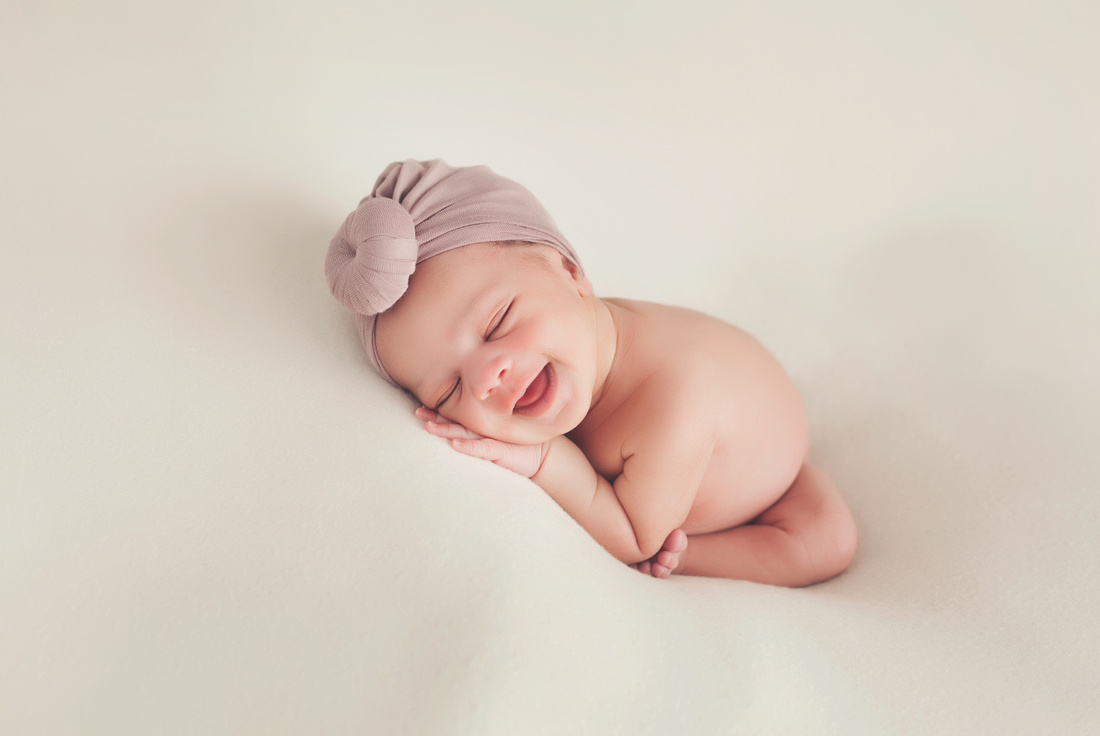 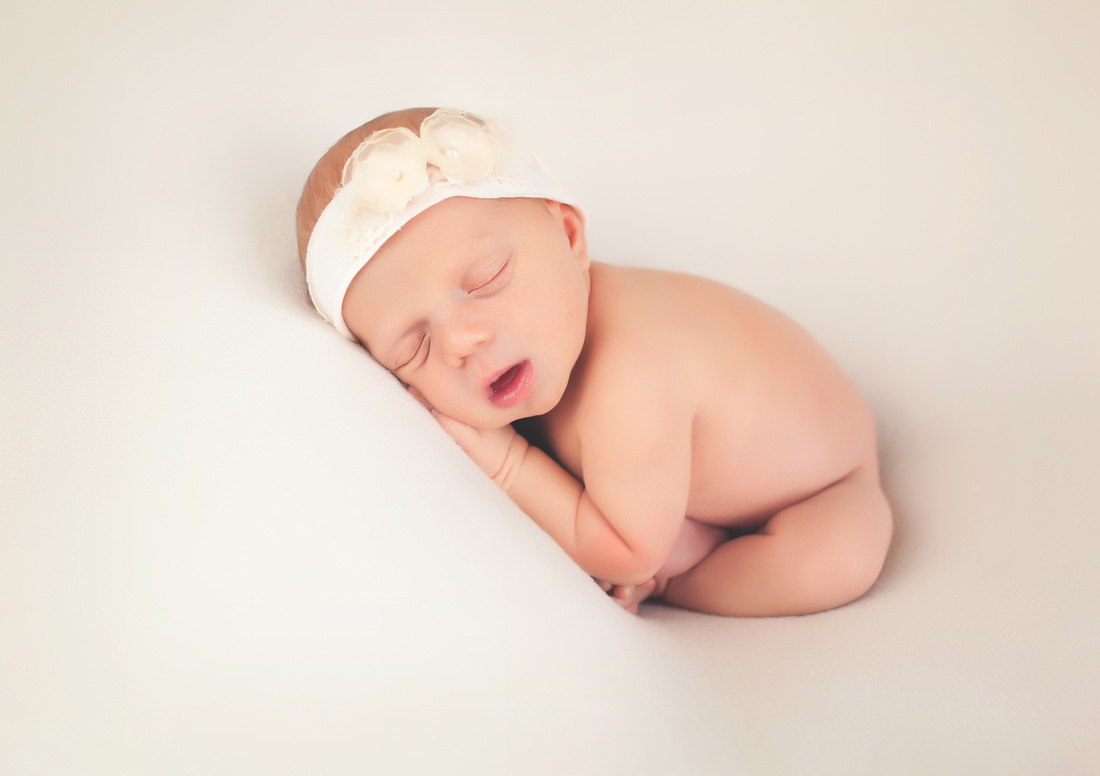 A slight change in camera angle give the taco pose a different feel:

A slightly altered camera angle gives a different feel to this pose.

An example of a newborn, who actually happened to be a 6 week old premie, who decided she would put her hands and feet where she liked them, thank you very much. Still a beautiful shot even if baby won the battle for seeing fingers and toes. 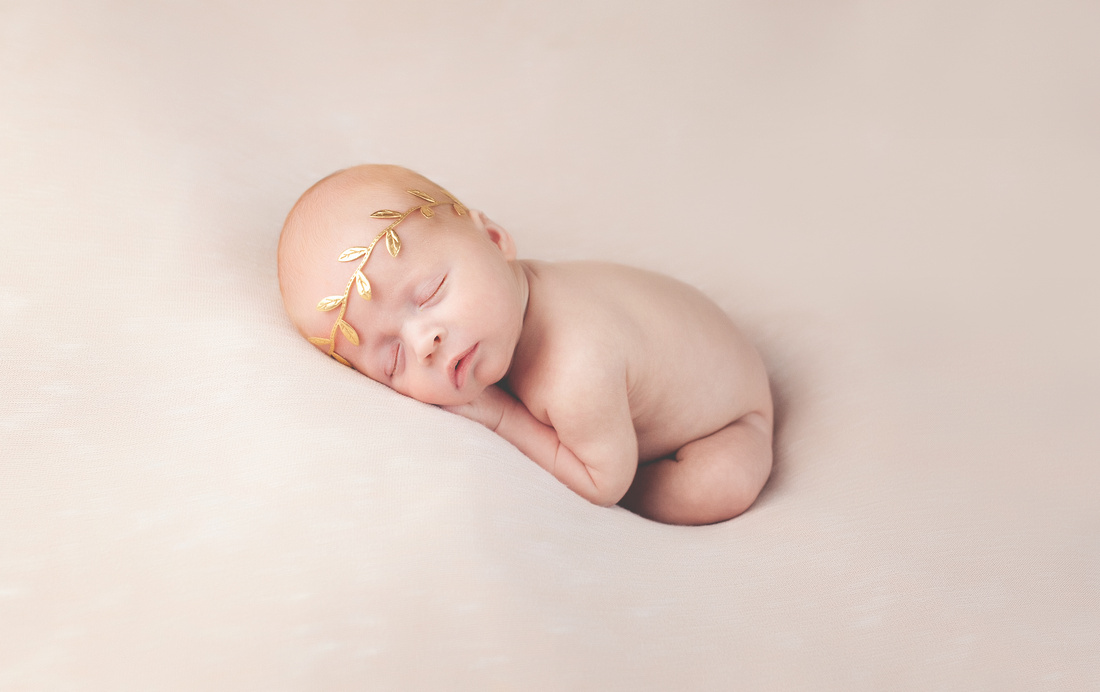 Baby refused to show fingers or toes but still a sweet image! 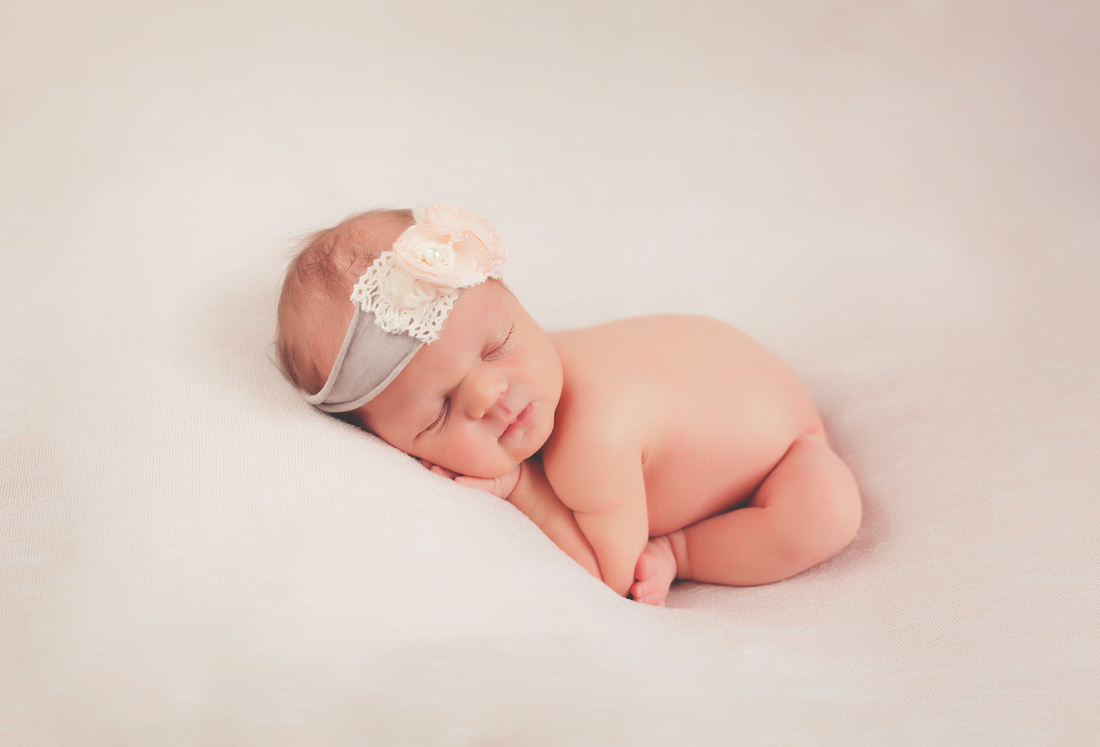